Why Post-Legislative Scrutiny may be considered a Public Good ? 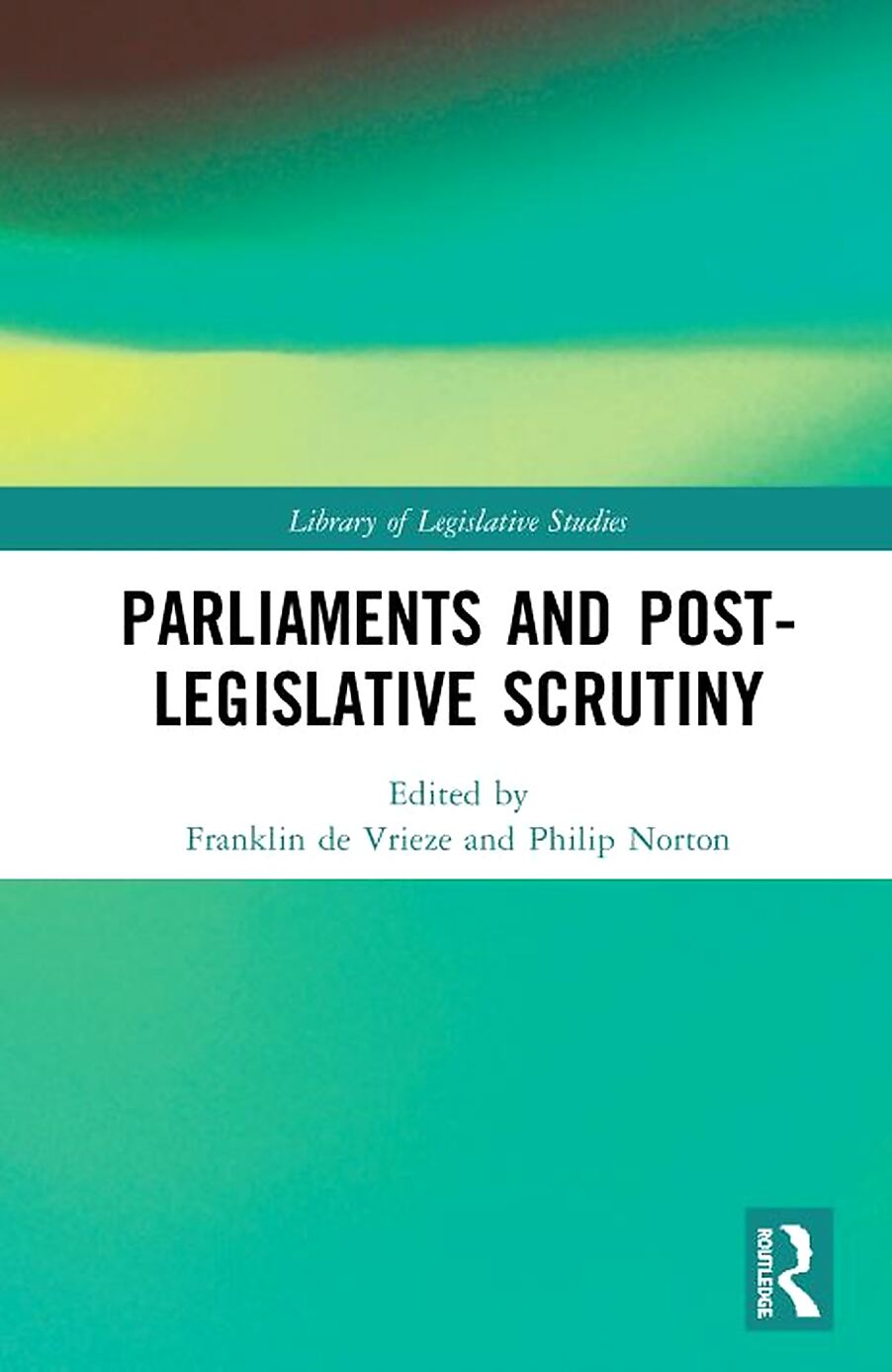 Why Post-Legislative Scrutiny may be considered a Public Good ?

What is post-legislative scrutiny (PLS), and how can it serve as an instrument for good governance? Philip Norton and Franklin De Vrieze outline the latest research and evidence on the use and purpose of PLS.

As part of our recently published book Parliaments and Post-Legislative Scrutiny, we worked as editors to present studies on the significance of post-legislative scrutiny (PLS), also called ex-post evaluation of legislation. These case studies reveal that PLS is not just an emerging parliamentary practice, but also increasingly an instrument for good governance and thus a public good.

People’s lives are shaped by what is permitted or prohibited by law. Law can constrain or empower. While parliaments debate legislation, it should not be seen as the end of the process. A law may not have the effect intended. It may have unintended effects or simply have no effect.

One can argue therefore that for law to be ‘good’ law – achieving its purpose – it needs to be revisited. It needs to be assessed in terms of whether it is achieving its desired effect. Hence the case for parliament to review whether a measure has achieved what it was designed to achieve. It is important, though, that PLS is not a re-run of arguments of principle that may have occurred at the time the measure was passed. It is essential that it is assessed against what it was designed to achieve, not against what some may have preferred it to say.

The book identifies two purposes to PLS. First, PLS has an evaluative role, that is, seeking to ensure that the normative aims of policies are reflected in the effects of legislation - in other words to assess whether a piece of legislation has achieved its intended aims.

Second, some parliaments have treated PLS as a monitoring function, examining the application of legislation and the adoption of the necessary secondary legislation to give effect to it. In several countries, there is the risk that laws are not applied, that associated secondary legislation is not adopted, or that there is insufficient information on the actual state of a law’s implementation and its effects. In such systems, there is a case for monitoring that the law has been given effect.

The task of engaging in PLS varies from nation to nation. Parliaments may utilise committees, commissions, external working bodies, or independent oversight institutions. In Indonesia, for instance, it is the Legislative Committee that conducts the review of the enactment of legislation, while the thematic committees evaluate whether the laws have achieved their purpose. In some cases, the remit for PLS is explicitly assigned to a dedicated committee.

In the Western Balkans, PLS is introduced as a new practice. That is the case for so-called “legislative parliaments”, parliaments which mainly focus on debating and adopting legislation, and where oversight is often limited to budget oversight. PLS becomes then a “new thing”: it broadens the oversight role of parliament, creates a new agenda for parliament, and sometimes also results in new workload for staff and MPs.

In other parliaments, where committees focus to a large extent on policy oversight already, PLS is instead more of a methodology that complements existing oversight processes and helps to focus on oversight on the impact of legislation.

In younger democracies that have witnessed more radical change in societies, there is often a desire to secure PLS more formally, by adapting the rules of procedure (for instance in Georgia) or incorporating PLS into the legislation about parliament’s responsibilities (for instance in Indonesia with its law on the law-making process).

The principal justifications for undertaking PLS were advanced by the UK Constitution Committee in its 2004 report as improving the quality of law and of government. Scrutiny about the extent to which Acts have done what they were intended to achieve may impose a much greater discipline on the government. Ministers often see achievement in terms of getting their ‘big bill’ on the statute book. They may engage in greater circumspection if they knew that in future the measure of their success was not so much getting a law on the statute book as the effect that it had.

In addition, PLS may contribute to acting preventively regarding potential adverse effects of new legislation on fundamental rights, as well as, for instance, on the environment or on economic and social welfare. An interesting example is the way the Parliament of Nepal recently conducted a PLS of its 1964 Infectious Disease Act. It formed the basis for a series of amendments, responding to the COVID-19 crisis, and thus demonstrating how PLS can serve as an instrument of good governance and contribute to public health.

PLS as a form of legislative evaluation is therefore a learning process that both contributes to a parliament’s knowledge of the impacts of legislation, but also its know-how in ensuring legislation meets the needs of relevant stakeholders. PLS can thus encourage citizens to engage more with the parliament and may reduce ambiguity and public distrust.

Legislatures have variously passed emergency legislation to confer extraordinary powers to deal with the COVID-19 pandemic. There is a powerful case for putting in place systematic PLS for measures passed in haste, especially where those measures are not subject to sunset clauses. Even if they are, there is a case for PLS to determine what lessons may be drawn in the event of a similar crisis occurring again. The case for PLS is valid at any time, but arguably even more so today.

Philip, Lord Norton of Louth, Professor of Government and Director of the Centre for Legislative Studies at University of Hull. Franklin De Vrieze, Senior Governance Adviser at Westminster Foundation for Democracy.